5 Failures of Jeff Bezos and How He Overcame Them 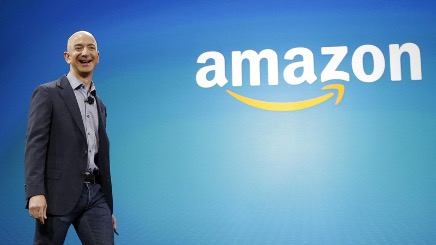 We all know Jeff Bezos as being the mind behind a global e-commerce platform. But, much like every other multinational corporation or small business startup, there were hurdles that Bezos had to overcome to become a household name.

While many may look to Elon Musk, Mark Zuckerberg, and others for updates in the tech industry, Bezos has also been a visionary when it comes to leveraging existing assets, taking risks, and committing to a culture of experimentation and invention. Through his risk-taking, he has encountered failure, but he has used his problem-solving ability to his advantage.

Let us look at some failures that Bezos has encountered and how he has overcome them.

In 2010, Amazon was growing more concerned with their loss of revenue on the mobile app stores. To fix this financial cut, they decided to try and directly connect mobile users to their product. That idea became a reality when they launched the Amazon Fire Phone in 2014.

However, the product proved to be a flop due to superficial goals and improper planning. Rather than looking at the big picture that could have made it successful, the purpose of the creation was to recoup lost revenues. Because of its narrow perspective, the Amazon team could not see the real value of a smartphone. As a result, Amazon admitted defeat, and the product was discontinued just three months after launch. The company lost $170 million in the process of creating the Fire Phone.

How Bezos overcame it

Whenever Bezos expresses his thoughts and feelings about his company, he is adamant that his business strategy is to experiment and take risks frequently. He believes that when companies become complacent, they do not continue to experiment or embrace failure. They are eventually put in a desperate situation where they need to do something drastic to save their corporate existence.

For the Fire Phone specifically, Bezos has openly discussed the reasoning for its failure. He admits that Amazon should have taken more time to analyze everything about the product and its audience. In an interview with Business Insider, he states that one of his many jobs is to encourage people to be bold, which can be incredibly difficult. He looks at the Fire Phone as an experiment on a list of ideas and products that was a failure so that another could be successful. He continues to say that Amazon’s device portfolio may be extensive, but the successful ones have been the few big successes compensated for the many that didn’t work.

The failure of the Fire Phone led to the success of the Amazon Echo Smart speaker and Alexa.

Long term planning and proper research are vital when it comes to creating a new product. Companies need to understand their target market’s needs and wants to achieve their sales goals. They also need to have a long-term plan for their products or services to fit their vision and continually help the company earn income.

In 2009, the Internet went nuts when Amazon remotely deleted digital editions of two books from the Kindle devices of readers who had bought them. They got removed because the company that had discovered that it did not have the proper rights to them. Even when Amazon had to figure out a plan of action, they knew that the deletions were a bad idea. Still, they went ahead and removed the illegal copies from their systems and customers’ devices and refunded customers.

This seems like a minor issue that any company would have to face. But, when consumers look to the Internet to voice concerns and make reviews of products and services, it caused quite a stir. Customers were commenting on web forums, creating reviews. They were also looking at Amazon’s published terms of service agreement for the Kindle to find contradicting statements that did not give the company the right to delete purchases after they had been made. They were frustrated that while Amazon and its retailers cannot retract a physical purchase, they seem to maintain a “unique tether” to its digital content.

How Bezos overcame it

Bezos must be the king of crisis management when the books’ removal sparked outrage; he was quick to admit the company’s mistake. He said that their solution was rash and out of line with the company’s principles. During a July 2009 earnings call, he stated that that decision was entirely “self-inflicted, and we deserve the criticism we’ve received.” He also explained that they would use this experience as a lesson in the future to make better decisions.

In this case, following your company’s already existing terms and conditions should be the takeaway. Still, along with that, they need to be ready with a crisis management plan if something happens that is out of their control. In the digital age, going radio silent during a crisis can hurt a business significantly more than being upfront about the issue.

Continuing down the book path, Amazon got into a very public feud with one of its publishers after a contract dispute. They wanted to negotiate the terms of Hatchette’s contract after it had expired, with the primary condition modified. When the conditions were not met, Amazon decided to extend Hatchette’s contract regardless of its current terms but made it impossible for them to create digital sales. At the time, Amazon’s tactic was to block pre-orders for many of Hatchette’s books and slow down products’ delivery time because of the print inventory available.

As a result, Hatchette’s e-book sales declined, but they were still adamant about having their freedoms regarding their products. Many authors backed up their claim denouncing Amazon for purposely harming Hatchette’s book sales and harming authors’ livelihood. They went as far as calling on the Department of Justice to investigate Amazon for illegal monopoly tactics.

Ultimately, Hatchette decided to settle the lawsuit because they knew that they could not afford to defend themselves in court. It did improve Amazon’s book sales because the outcome of the situation boosted the company’s ability to keep prices low. But, Hatchette would not go down without a fight.

Amazon tried to have minimum casualties when they wrote a letter to Hatchette authors suggesting that they should be not be put in the middle of the dispute and Amazon would give them 100% of e-book profits until the situation was resolved. Hatchette disagreed, calling the terms “suicide” because they wanted to have the ability to control its prices and that the only way to respect authors and guarantee that literature will continue being published is by setting prices depending on the author’s merit, release date, etc., not the $9.99 that Amazon wanted to charge for all e-books.

Rather than continuing to turn the disagreement into a further feud, Bezos discussed that his company’s whole mission is to negotiate hard on behalf of customers. That had been the goal from day one, and he will continue to make it the case. He also states that books are not just competing against other books; they are competing with other leisure activities like playing video games, watching TV, or scrolling through social media.

The interview with Business Insider says that in Bezos’s opinion, to create a healthy culture for long-form reading, books need to be more accessible. The thought drove the reasoning behind the pricing of e-books that books can be costly. In a society where they are competing against apps and games like Candy Crush, Amazon wanted to create a way to make textbooks more affordable and accessible.

Stick with the business plan. For Bezos, it was clear that his plan from the beginning was to think of the consumer. He wanted to create a platform that made books easily accessible in a competitive market. Regardless of controversy or issues, companies need to stick to their original mission and vision because it helps them build trust among their existing customers and target audience.

When Amazon decided to invest its money into Kozmo.com and Pets.com, it was part of its strategy to diversify its products to draw in new customers to “the place where customers can find, discover, and buy anything online.”

Partnerships were mutually beneficial for Amazon and the other company because it was a new source of cheap revenue for e-commerce giant Amazon and a way for the company to get exposure for their products.

In 1999, Amazon bought a 50 percent stake in Pets.com and contributed to a $50 million round of financing in the pet supply company, and he went on to further invest at least $60 million in Kozmo.com. Still, the online retailer lasted only a few years before closing.

“I’ve made billions of dollars off failures at Amazon.com. Billions of dollars in failures. You might remember Pets.com or Kozmo.com. It was like getting a root canal with no anesthesia. None of those things are fun. But they also don’t matter” – Jeff Bezos.

Bezos continues to be adamant about his mission to continue taking risks and looking at failures as lessons for the future. He firmly believes that to empower measurable invention and creativity, and there needs to be time for curiosity and experimentation.

Companies that can invest in partnerships should take advantage of that opportunity because it is a way to reach a different audience. As Bezos says, he has made billions off of failures and experimentation; there is no harm in it. If a particular venture is not successful, move on and learn from past mistakes.

When the world got turned upside down last year, Jeff Bezos and three other tech leaders testified on antitrust issues on July 29th, 2020. Bezos fell under fire when third-party sellers made it clear that they were not happy about how Bezos spoke about them during the hearing. While he stressed that Amazon’s retail dominance is third-party sellers, he also stated that the sellers had succeeded because of Amazon’s tools. They were upset because it seemed that the sincerity was lacking in his statement. While this may seem like a menial thing to fight about, this issue had been brewing for quite some time.

One instance of this is when one seller got his account suspended, and there was a lack of communication, which hurt his sales by about 90% in just one day. The seller displayed his disdain by openly saying.

“There are certain things where I think, ‘How does a trillion-dollar company not solve certain parts of this puzzle? Many legitimate businesses rely on them.” – Scott Needham, host of “The Smartest Amazon Seller” podcast

Yes, this happened quite recently and may not seem like big news given the current situation, but this incident hurt many businesses when e-commerce has skyrocketed.

During the hearing, he addressed the concerns that representatives of Congress had over his company’s ability to access data that exceeded the sellers’ capabilities on his platform that are also his competitor, which gives him an unfair advantage. He honestly states that while there is a policy prohibiting the use of seller data, he could not guarantee that the policy had never been violated. Many representatives voiced similar concerns throughout the questioning and could not get Bezos to admit to anything incriminating. Even though they could not enforce existing antitrust laws, Bezos may have been the reason for them to rewrite them.

Be honest and open about the business. Whether it is to journalists or media outlets, or the general public, companies need to be honest about what is going on within the industry. While skeptics may question his tactics and business moves, Bezos has been open about his business philosophy and decisions. As mentioned previously, it establishes trust and will most likely retain existing customers’ attention and open the doors to new ones.