5 Failures Of Daymond John & How He Overcame Them 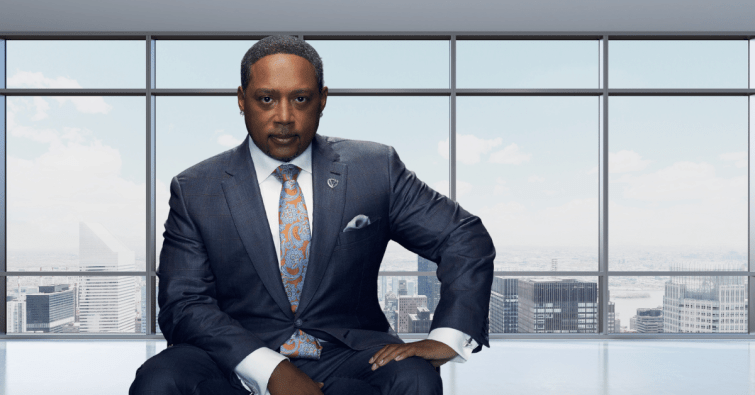 When you fail, it’s easy to feel like giving up, but when you look at the 5 failures of Daymond John and how he overcame them, you will probably feel empowered and inspired to push on. For most successful entrepreneurs, like Daymond John, failure only serves as motivation and an opportunity to learn and grow. By employing the “Power of Broke,” Daymond John has been able to rise from failure and secure his rightful place among some of the most successful businessmen in the world.

In this article, we will look at some of John’s mistakes throughout his career and how he overcame them. Before we dive into that, let us first look at how he achieved his goals.

Even from a young age, John had an entrepreneurial spirit. In an effort to support his single mom, he started handing out flyers for $2 an hour at age 10. He took part in a program in high school that allowed him to work full-time and go to school on a weekly basis. He credits this program for cultivating an entrepreneurial mindset in him. After graduating from high school, John founded a commuter van service and served tables at Red Lobster. Once he gained the capital and experience to start his own business, he created FUBU. In true entrepreneur fashion, John mortgaged his home for $100,000 in 1992. FUBU’s co-founders used the money to rebuild half of his house as a factory while the other half remained a living area.

The first clothing boutique to carry the FUBU label was Montego Bay on Jamaica Avenue in Queens, followed by Macy’s, the legendary department store. The four FUBU founders were featured in a live, interactive window display in its flagship store on 34th Street.

At the height of its success in 1998, FUBU made approximately $350 million in annual international sales. FUBU has since earned a number of awards for its entrepreneurial achievements. These include two Congressional Awards, two NAACP Awards, the Pratt Institute Award, the Christopher Wallace Award, the Online Hip-Hop Award, and a Citation of Honor from the Borough President of Queens.

The success of FUBU led to John being contacted by Mark Burnett in 2009. Burnett asked him to join the cast of ABC’s new reality business show Shark Tank. This show allows entrepreneurs to pitch their businesses to investors, or “Sharks,” in the hopes of receiving funding. John has invested $8,567,000 of his own money in Shark Tank companies since May 12, 2017.

Since becoming a cast member and investor on Shark Tank, John has become the CEO and founder of brand management and consultant firm, The Shark Group. He has also taken the time to share his wisdom with budding entrepreneurs through public speaking and co-founding Daymond John’s Success Formula to help business owners and entrepreneurs start and grow their own companies. After a rebranding in 2019 as Next Level Success, the program teamed up with the organization Network of Teaching Entrepreneurship to hopefully inspire a new generation of entrepreneurs.

Lessons & mistakes learned as an entrepreneur

Let us look at the lessons John derived from his failures to become the successful entrepreneur we know him as today.

1) Learn from your failures

Before John founded FUBU, he had two previous business ventures that involved buying, fixing, and selling cars. However, after six months of being unable to turn a profit and realizing that he did not enjoy what he was doing, he shifted his focus to starting a transportation company.

While the carpool business seemed to be a more lucrative option, John’s primary issue was obtaining the necessary taxi license from the Department of Transportation. Since these licenses were so hard to come by, John continued to run his business without one until the DOT slapped him with a $3k ticket. In his keynote speech from 2019, John explained that this was the moment he realized that he didn’t want to be in this business and moved on.

On paper, both FUBU and the carpool business could be considered failures. On the contrary, John believes them to be his most valuable lessons. He states that these mistakes have given him invaluable insight, which has helped him to become a more innovative businessman and achieve overall success.

2) Meet customers where they are

While it may seem unfathomable that door-to-door marketing was once an effective marketing strategy, that is what John and his team did to build hype around FUBU.

After researching the market and spending time with his peers, he realized there was a limited selection of apparel for his intended audience. He knew that there was a niche market that needed his products. First, he took time to understand the industry and zone in on his target market. Then he dedicated himself to focusing on the urban residents of Hollis, Queens.

“I realized the really big guys had no stylish clothes to wear. They had to go to Rochester Big & Tall and get a white or black shirt. The only other alternative was to get something custom made.”

He started by buying 50 or more shirts in a wide range of sizes and putting his logo on them. To properly reach his target audience, John passed along his shirts to bouncers guarding the doors outside his local clubs instead of the celebrities inside them. Rather than a monetary exchange, all he wanted was for them to wear the shirts. Over time, many patrons of the clubs and passersby started to notice the brand frequently worn among many people and wanted to know where they could get FUBU clothing. As the company continued to grow, he started shifting his marketing toward emerging music artists to build brand awareness faster.

3) Be your own brand ambassador

When John decided he wanted to make FUBU a global brand, he started focusing on improving and streamlining his core products. In an interview with Trainual, John states that while he knew his customers, he was still unfamiliar with his business. This meant that he needed to start honing in on the pricing, the colors, the deliverables, and the sizing of all his products. By doing this, he was able to expand the brand.

By focusing primarily on the most popular SKUs for his brand, John was able to establish his brand and expand, even though it took longer than he expected. After doing his own market research, John recommends other entrepreneurs and business owners learn how to develop an elevator pitch for their brands. By learning to define their brands within 2 to 5 sentences, entrepreneurs can create an engaging brand story that audiences can relate to.

4) Hire for what you know first

According to John, a company’s first permanent hire should have the same responsibilities as the business owner. He explains that this sets a good benchmark to determine whether they are doing a good job with their responsibilities. From there, the natural progression would be to hire the rest of your team.

After John started FUBU in 1989, it took him six years to hire his first full-time employee. During that time, he was still trying to establish his business and purpose. Even so, he also landed a manufacturing and distribution deal with Samsung’s Textile Division. He knew he needed someone to handle the day-to-day operations so that he could focus on meeting the agreement’s needs and hiring new people.

John states that for the first hire to be a success, they need to be treated like real human beings. This starts with having an honest conversation with them.

He provided a great example of how this works by speaking about his experience with his first hire. He admits that the first few days of her working there were difficult for both parties. Due to personal obligations, she could only start 2 hours later than official working hours. As most of us in the workforce know, if we were 2 hours late for work every day, we would get a warning or automatically let go. However, John had a conversation with her and understood her personal situation. As a result, he allowed her to work the hours that fit her life better, and she ended up being his best employee for 20 years.

The bottom line is that when your business is ready to hire its first employee, you need to make sure that this employee can complete tasks at the same level as you. Beyond that, you need to treat this employee like a human being rather than a robot. Taking steps to make someone feel like a valued part of your business can make the difference between them staying with you for years or leaving as soon as they’ve settled down.

5) Leave your ego behind

When he was building his global brand, John had a number of mentors helping him along the way. However, his biggest influence and number one fan was his mother, Margot John. From a young age, Daymond’s mother had the skill and ability to secure capital, which he lacked. For this reason, his mother was the driving force that got FUBU off the ground.

FUBU’s initial funding came from a second mortgage on his mother’s house. When money started drying up, she was the same person who advised Daymond to look for investors.

Throughout his career, the mentors he looked up to were the ones who guided him on ways to capitalize on his skills instead of solely relying on his brand to do all the work. Initially, he took all constructive criticism quite personally, especially when his mentors decided to look another way when he was looking for investors for his company. However, with time and experience, John realized that he wasn’t looking at his capabilities but the product itself.

Rather than considering himself a failure, he started focusing on the skills that set him apart from the rest while working on his shortcomings. Additionally, in terms of his business, he sought out people who were able to balance out his strengths and weaknesses to either mentor him or join his team.

From humble beginnings, Daymond John turned into one of the world’s most successful businessmen and investors. He is a firm believer that there will always be an upside, even in the midst of failure. Like many others, John has had a fair amount of failures that ultimately led him to success. He continues to challenge himself and others to look at the present and go from there. The first step is recognizing what you already have from a personal standpoint, whether at work or home, and working on ways to improve it. By living life in this way, John has been able to build a household name, invest in multiple companies, and earn the title as “The People’s Shark.”