5 Failures of Netflix CEO Reed Hastings & How He Overcame Them 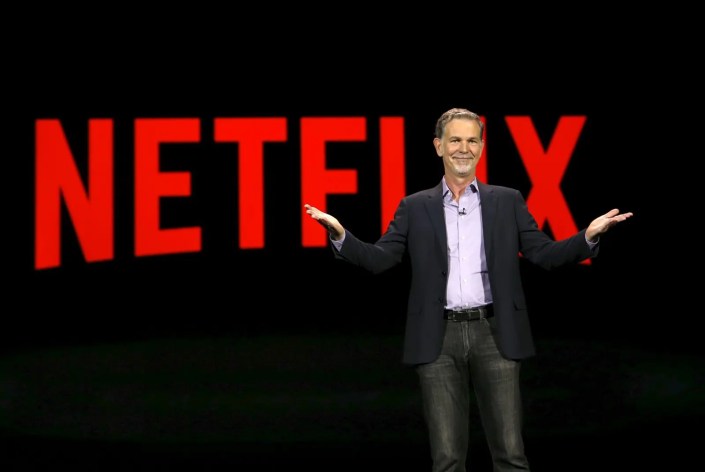 The movie rental industry has come a long way since the time of brick-and-mortar video rental shops. During the 1990s and early 2000s, Blockbuster was at its peak even though Redbox and Netflix had emerged on the scene. As technology advanced, a new wave of innovation took the world by storm by creating new retail opportunities. Companies like Amazon and Netflix filled the niche that video rental shops had occupied just a few years earlier.

The growth of broadband internet meant the need for a video rental storefront was waning. In 2007, Netflix reached over $1.2 billion in annual revenue, leaving Blockbuster on the verge of bankruptcy just three years later. Netflix became the pioneer that paved the way for future streaming services. One of the men responsible for this is Reed Hastings, co-founder, chairman, and CEO of Netflix.

In this article, we will look at some of Reed Hastings’ failures and how he overcame them. However, before we do that, let us talk about how he became who he is as a successful businessman.

Hastings was born in Boston, Massachusetts, to a family that understood the value of hard work. He attended prestigious schools and graduated from Bowdoin College with a BA in Mathematics. He declares this to be a “beautiful and engaging” experience. He would then go on to join the Marine Corps but was never commissioned. Instead, he pursued service with the Peace Corps because it was a perfect combination of service and adventure. After working with the Peace Corps, he obtained his Master’s Degree in Computer Science from Stanford University.

Hasting’s first job involved creating a tool for debugging software at Adaptive Technology. While working there, he received mentorship from the CEO of Adaptive Corp, Audrey MacLean. In an interview with CNN in 2007, Hastings states that through MacLean, he learned the value of focus. He realized it was better to be perfect and focus on one product rather than be mediocre with several products.

The experiences he faced as CEO of the company would be one of his biggest mistakes. We dive into this subject further in the article. Hastings officially left the company in 1991 to start his first company, Pure Software. In 1997, he and former Pure Software employee Marc Randolph co-founded Netflix. Initially, they offered “flat rate” movie rental services to customers in the US. In the initial phase of the business, Hastings stated that he wasn’t sure whether customers would be enticed enough by the service to use it. His other business ventures include being a director of Facebook Inc. and being on the board of Microsoft from 2007 to 2012.

5 Failures of Reed Hastings & how he overcame them

Netflix is currently one of the most successful companies at the moment, with nearly 63 million paying customers around the globe. However, co-founder Hastings’ road to success has not always been smooth. In this section, we will look at some of the biggest mistakes Hastings has made throughout his career and how he overcame them.

1) Taking on the CEO role at Pure Software

As mentioned previously, before co-founding Netflix, Hastings founded Pure Software. While the company was successful in the six years that he was CEO, he has stated that at times he felt like a failure because of some of the decisions that he made during that time.

In a 2015 interview with venture capitalist John Doerr, Hasting states that his experience of being CEO at Pure Software was “an amazing adventure.” However, he never wanted to be CEO because, at first, he was entirely product-driven. We will go into further detail later on, but he felt he could not find the right person to manage tasks appropriately, and all responsibilities and decisions fell on him. This meant that he felt immense pressure when he had to figure out what was best for the business.

Even though the company was doubling in sales every year with him as CEO, he had asked the board to find a new person to be in charge twice because he did not want to keep making huge mistakes that could hurt the company. However, they insisted that they wanted him to stay on regardless of his mistakes because these mistakes were the lesser of two evils in other potential errors.

In this case, by admitting his mistakes, Hastings learned a valuable lesson. He realized that regardless of whether a person is a CEO or an employee, everyone will make mistakes. How a person owns their mistakes and moves past them matters a lot.

Once Pure Software was bought over by its highest competitor, Hastings realized that starting Netflix could be his redemption as CEO.

“I got to start over as CEO. In the first company, I was a very good product person but not a good CEO. Or I was not a great CEO. I was sincere but naive. And then, because you get to start over in the second company, you’re much more thoughtful.”

According to Hastings, his first mistake was the idea he had for his first business. On the assumption that he had a solution for a problem that people may face while working long hours on their computers, he created the “foot mouse.” The product was meant to alleviate the inefficiency that results when switching between typing and using a mouse. However, through testing, he learned that what he thought would be transformative for human productivity was a disaster. In fact, rather than boost efficiency, it actually hindered performance.

Through that failure, however, Hastings was able to reassess and start his first successful business, Pure Software. Of course, that business was not without its problems either, which leads to the next point.

“It turns out that if you do this [control a mouse with your foot] for more than a few minutes your leg gets really sore and the mouse gets really dirty,” Hastings said. “… The thing I thought would be transformative for human productivity turned out to be a disaster.”

3) Not hiring the right people

While we have discussed Hasting’s reluctance to his position as CEO of Pure Software, he stayed on while also trying to hire the right vice president. However, he has stated that he made a mistake in hiring and changing sales vice presidents every year for five years in a row.

Since then, Hastings has gotten better at hiring, but it remains an “inexact science.” With experience, he advises that an essential part of hiring is checking references because candidates could lie during their interviews. The interview is merely just the starting point, and the references are what solidify the behavior of the candidate. Hastings also prefaces his advice to fellow entrepreneurs by saying that he is still not the best judge of character, but in his case, it is a practice.

While Netflix is now a streaming-video behemoth, it could have easily fallen to its demise in 2011. At this point, the company was three years into experimenting with on-demand streaming. Due to its success, Hastings believed that it was the future. Unfortunately, he flew too close to the sun when he announced that Netflix would be separating the DVD and streaming subscription plans.

At first, stocks skyrocketed to a record closing high of $42.68 because investors were intrigued by the potential that additional revenue per subscriber might produce. However, subscribers were quick to voice their negative opinions about having what attracted them to Netflix in the first place taken away just for the convenience of on-demand streaming.

Two months later, Hastings and his team had to engage crisis management mode when Netflix’s stock lost half its value. While he made the right move by releasing an official statement discussing the issue, it did very little to soothe customers, and the company ended up canceling the plans for the split service within the month. The entire process cost the company about 800,000 US subscribers in Q3 of 2011.

Ultimately Netflix learned from this mistake and got smarter in terms of raising prices. The last time the company expanded its rates, it ended up signing more subscribers than ever. This was because the price increase was modest. More importantly, the price increase was only implemented after Netflix Original programs like The Crown, Black Mirror, and Stranger Things were released.

“He is not a naturally empathetic guy, and He’s not a bad guy; he just doesn’t feel what others feel” – Marc Randolph, co-founder of Netflix.

In 2001, Netflix was not yet listed on the US stock exchange, but the company was losing millions because of rising expansion costs. As a result, they had to lay off over around 40 employees. For co-founder Marc Randolph, it was a gut-wrenching experience, but Hastings was pretty dispassionate. Hastings was driven by the mentality that it would be irrational to keep someone employed just because they didn’t want to hurt their feelings.

The Netflix team would employ this mindset as they advanced with the remaining employees, adjusting and creating a dynamic and collaborative work environment. Hastings calls this experience his “road to Damascus.” The experience led to him creating “The Keeper Test,” a guide to help company managers to answer the critical question of whether an employee is worth keeping on, especially if they have been given another similar opportunity with another company. This guide helps managers determine how much incentive are they willing to give to keep a valuable employee and ensure that they thrive.

Much like many other successful entrepreneurs out there, Reed Hastings had quite a few pitfalls that he needed to address before moving forward to becoming the businessman he is today. He created a debugging software tool at his first job and created the pioneer for online streaming platforms. Hastings has taken every personal and professional failure as a stepping stone for future success and a lesson for the future.

He has described his current success as a form of redemption from his days as CEO at Pure Software. Since the creation of Netflix, he has had a more enjoyable experience because he was able to start over and become more thoughtful as a CEO. Hastings is a prime example of someone who can learn from his past and make it a life lesson for future endeavors.

Are you part of a startup that is launching a new product or service? Just imagine how amazing it would be to let someone else worry about generating publicity for your startup while you focus on perfecting your product. With a team of professionals who have experience working with brands from different industries, Pressfarm can do that for you!

On top of taking care of your content creation, we’re committed to helping you find the perfect journalists to cover your story. We give all our clients access to our media database of over 1 million journalists across different niches. With this database, you can forget about having to comb the Internet for journalists every time you have a story to pitch. Check out our packages and let us help you tell a brand story that moves your target audience and inspires action.