10 Movies All Entrepreneurs Should Watch on Hulu 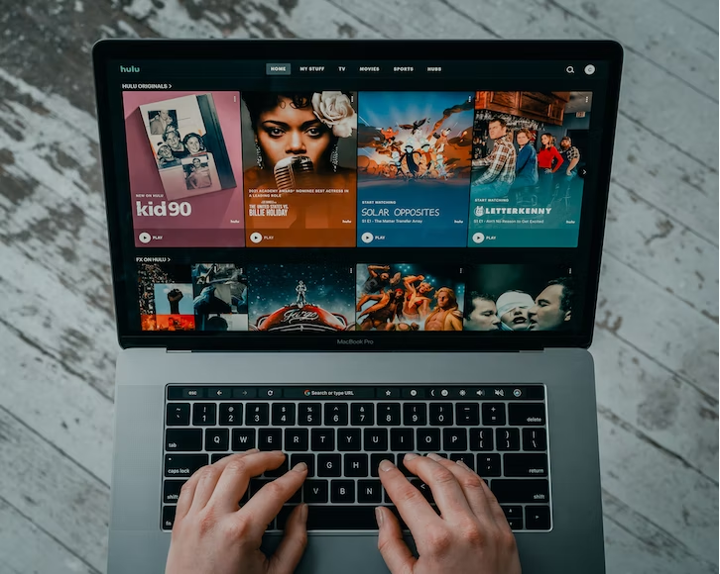 Entrepreneurs occasionally need to be motivated. Here are some unexpected life lessons that may be drawn from 10 of Hulu’s top films.

As an entrepreneur, you need the inspiration to keep working towards your goal. And watching movies can invigorate your mind and increase your enthusiasm and creativity when you’re experiencing burnout. After all, movies are more than simply a source of entertainment. When you sit down and deconstruct a movie, you will more often than not come out with an important life lesson. For this reason, watching movies can be an educational experience for anyone. This is especially true for entrepreneurs, who are always looking to learn more about the world, people and business. In fact, entrepreneurs draw lessons from many places, simply because they’re so observant about everything.

Officially, Hulu is only available in the United States. It suggests that the Hulu video library can only be streamed by Americans, which is problematic for many foreign binge-watchers. Fortunately, a VPN may be used to bypass these limitations and unblock Hulu from anywhere.

All you need to do is join the American VPN server location online. Consequently, you can watch Hulu Outside USA Easily.

Top 10 Movies on Hulu with Important Lessons for Entrepreneurs

We’ve compiled a list of the top 10 movies on Hulu that also offer important lessons for entrepreneurs. Any of the movies on this list will give you lots to think about as you unwind:

Up in the Air

This is the tale of Ryan Bingham, who travels the nation for his job, which entails firing employees at other companies. The business, however, is attempting to cut costs and shrink its travel budget. Here comes Natalie Keener, a young, inexperienced employee who intends to completely transform the business strategy.

Key Takeaway: Understanding the entire process and the current systems are a must for improving anything. This movie teaches how to listen to your field personnel before making important decisions.

Fighting with My Family

This movie is based on a true tale and centers on Paige Bevis, a teenage member of a working-class family that manages its gritty wrestling league in a run-down region of England. The family hopes to send Paige and her brother Zak to the United States to compete for WWE.

Key Takeaway: You will enjoy the movie’s concept of pursuing one’s aspirations while maintaining one’s identity and managing the requirements of the family even if you aren’t a lover of professional wrestling.

The story of two symbiotic families is told in Parasite. The Kims are an impoverished family who deftly works for the Parks, an outrageously affluent family who have been secretly housing people in their basements for years.

Key Takeaway: If there is one thing to learn from Parasite, it is that having money won’t protect you from suffering. The parasite can be considered a parable about economic equality.

In this documentary, influencers from all around the world are profiled as well as the compulsive and psychological consequences of social media on our culture.

It looks at how influencers cope with fame, wealth, hate, and addiction in their day-to-day lives. The movie explores how social media superstars turned their regular lives into real wealth by sharing it with swarms of online fans.

Key Takeaway: According to this documentary, 210 million individuals are thought to be addicted to the internet and social media. Although the influencer lifestyle can be financially rewarding, it also has a significant psychological cost.

The life of Yuri Orlov, a Ukrainian immigrant who determines that the illicit gun trade is the only path to success, is portrayed in this action-packed war-crime movie.

Key Takeaway: Yuri exemplifies the traits that successful entrepreneurs need, such as ambition, persistence, and risk tolerance. Additionally, covered in the film are topics like client loyalty, growth hacking, and negotiation strategies.

Hitch is a classic rom-com. Will Smith portrays a dating consultant, who helps his clients woo the woman of their dreams. Hitch frequently tells his customers that to establish a connection with someone, you must both listen to them and react to them.

Key Takeaway: It makes sense that Hitch may instruct business owners on sales as marketing is somewhat similar to dating. It’s your responsibility as an entrepreneur to pay attention to your clients and translate their problems into a product that meets and even surpasses their expectations. It also emphasizes the importance of non-verbal communication.

The Inventor: Out for Blood in Silicon Valley

Theranos, a new blood-testing company is the subject of this documentary. She convinced the public that her invention could conduct a variety of blood tests with just one finger prick. Because everything was a lie, she was eventually charged with a crime.

Key Takeaway: Entrepreneurs should take a cue from Holmes’ skillful use of narrative to win over investors. This shows successful business people solicit feedback and promote candid, deliberate conversation.

The extravaganza of P.T. Barnum’s life is brought to the big screen with The Greatest Showman. The well-known businessman of the 19th century tried his hand at everything, including owning a museum and writing a newspaper. Finally, he was successful with the renowned Barnum & Bailey Circus.

Key Takeaway: Barnum was committed to improving his family’s lot in life and believed in the value of hard labour. However, he was also open to suggestions from others, and when his initial attempts failed, he learned from his mistakes and adjusted.

In this controversial documentary Billy McFarland, the festival’s founder and CEO are exclusively interviewed. Billy McFarland scammed investors out of $24.7 million and was sentenced to six years in prison.

Key Takeaway: Fyre Festival was promoted using fraudulent claims from the beginning. It turns out that utilizing the most well-known influencers to promote your brand won’t necessarily make your business successful.

Three African American women who worked as mathematicians at NASA’s Langley Research Center in Hampton, Virginia, in the 1960s are the subjects of this film. It is a powerful and inspiring account of their struggle against prejudice and injustice in a divided America.

Key Takeaway: This is a tale of female empowerment. The more significant lesson is the value of making an effort to be more welcoming because doing so will ultimately offer us access to a larger talent pool.

Hulu is a top-notch website for online video streaming that offers a variety of entertainment and educational content. Watching these movies will give you value besides entertainment. These movies are proof that no matter what your age is, you can always start a business. They also teach us that we have the power within us to succeed and that the wisdom that we need to improve is all around us. We would easily recommend that you watch not just one but all the movies on this list. While each of them offers an important lesson in itself, combining the lessons from all these movies will transform you into an entrepreneur who has what it takes to succeed in today’s cut-throat business world.

While access to Hulu is limited outside the United States, you can easily learn how to use a VPN connection to access this content outside of the US. With the right VPN, you can still view Hulu’s compelling catalog – no matter where you are in the world.